It is very important that for the production of wine spirits used for Jerez Brandy base wines must be healthy, clean (free of any lees), balanced and perfectly suitable for drinking. The great majority come from the Airén grape but some also come from the traditional Sherry grape: Palomino.

In order to produce one litre of Brandy it is necessary to distil some three litres of wine separating out the best quality and discarding the rest. Now we refer to it as the “Spirit of Wine”.

The distillation of spirits is an art; it is done in column stills or copper pot stills known as “alquitaras” by separating out the “heads” and “tails” and selecting only the middle part, known as the “heart”.

Depending on the quality of the base wine its distillation will result in higher or lower alcoholic strength as well as higher or lower levels of other volatile substances. There are three types of spirit: 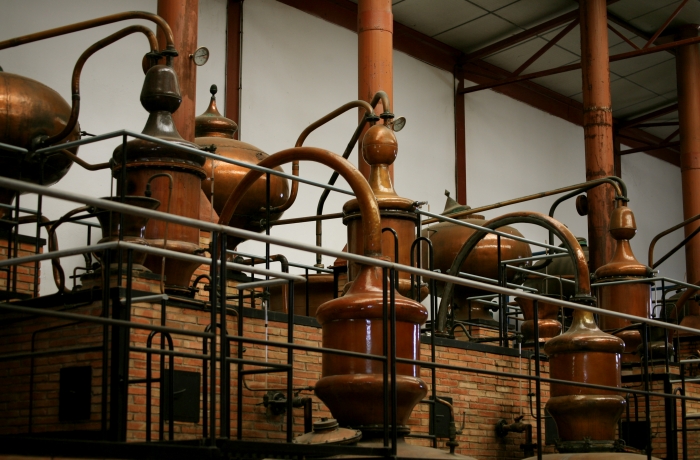 In order to produce one litre of Brandy it is necessary to distil some three litres of wine separating out the best quality and discarding the rest.
-

The vessels used to age the spirit play a key role in the quality of Jerez Brandy, not only because they are American oak butts which have just the right porosity and capacity to transfer oak extractives to the spirit, but also because these butts have previously contained one of the magnificent Sherry wines: Fino, Manzanilla, Oloroso, Amontillado, Pedro Ximénez etc, for at least three years. The specific seasoning of the ageing butt chosen by the producer will differentiate their Brandy from that of others. Thus brandy aged in a Fino butt will be paler than that aged in Oloroso or Amontillado butts while that aged in Pedro Ximénez butts will be darker still and sweeter.

The most commonly used butts have a capacity of between 500 and 600 litres as these provide a good balance between extraction from the surface of the wood and the volume of the liquid. 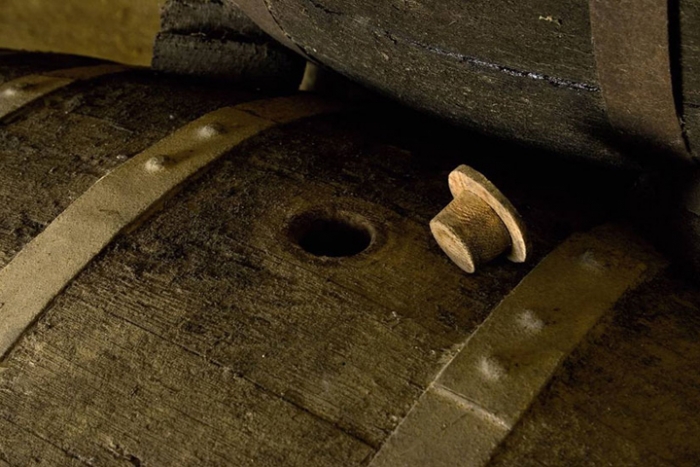 It is not only the ageing vessels which are so special; it is also the ageing system which is used. It is a dynamic ageing system based on the establishment of scales (criaderas) each of different ages through which the brandy flows progressively until reaching the desired age. The final scale is called the “solera” which contains the oldest brandy and which supplies the finished product. Once brandy has been removed from the solera (saca) it will be topped up (rocío) with more brandy from the next criadera and it will be topped up from the next etc.

The saca and rocio operations produce a complex blend of ages in each butt, meaning that the age of the brandy can only be expressed as an average in function of the number of scales in the solera system, how much brandy is removed at a time and how often this is done. Simply put, the average age of the finished brandy is the total volume in the system divided by the total amount taken out in a year.

The system of criaderas and soleras has been a genuinely unique element in wine production in Jerez since the XVIII century. It came about originally due to market demand for consistency and its uninterrupted use would later give rise to the birth of wines, vinegars and brandies with unique character derived from their blending through the ageing butts. 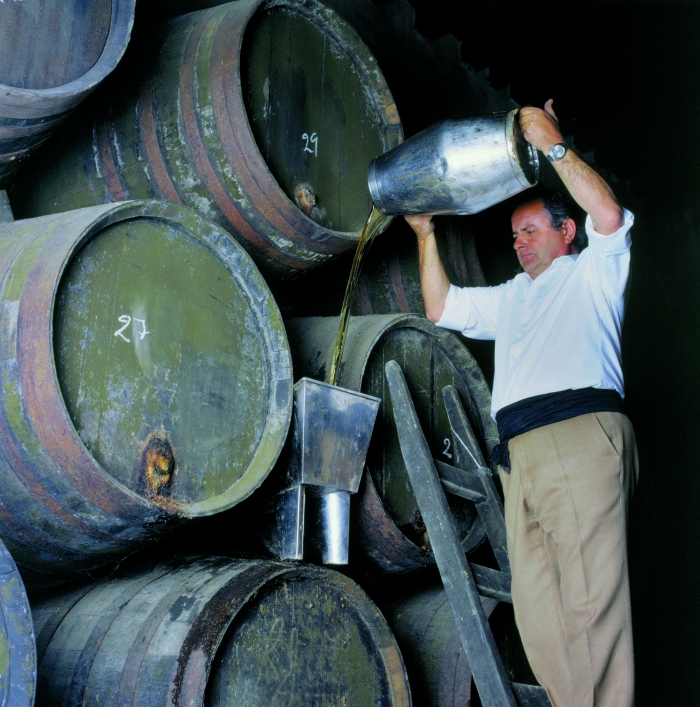 The process of rocio carried out in the criaderas and soleras

The system of criaderas and soleras has been a genuinely unique element in wine production in Jerez since the XVIII century.
-

Another fundamental factor is time. Only the slow passage of time allows the brandy to acquire its genuine characteristics: complexity, smoothness and finesse. Furthermore, the complexity of the solera system gives any Jerez Brandy, quite apart from its average age, components which are far older than some found in statically aged brandies.

Jerez Brandy is available in three different categories according to the period of ageing: 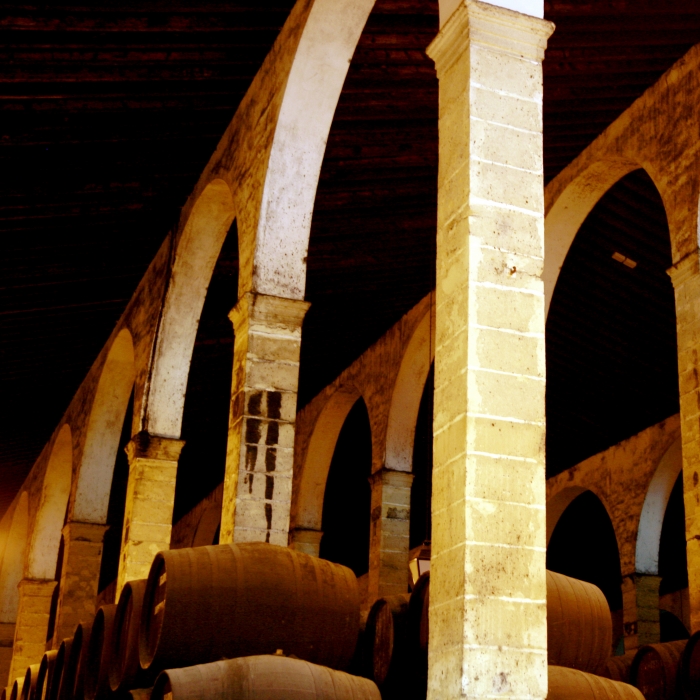